You are here: Home1 / Management of Dualsystems 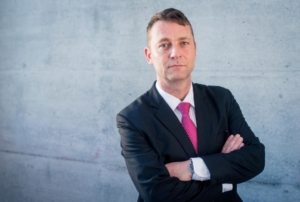 Dr. Paul Helbling, did his Master’s degree in Biology at the University of Zurich, and obtained his PhD in Developmental Biology at the Swiss Federal Institute of Technology (ETH) in Zurich. After his PhD he worked at the Foundation for Cardiovascular Research and organized clinical studies according to GCP. He moved on to MDS Pharma Services where he held various positions in the GLP compliant facilities, finally responsible for the ligand binding group that specialized in the analysis of biologics and anti-drug antibodies. His next position was in business development at the GMP compliant facilities of Solvias AG, responsible for southern Europe and Germany and opening new market territories in Turkey. He then became Head of Business Development at IBR Inc. a GLP-compliant service provider specialising in cell-based assays. Finally, he joined the team at Dualsystems as CEO that is focusing on identifying targets and off-targets on the living cells using LC-MS/MS.

Paul Helbling is fully responsible for the daily management of Dualsystems, reporting to the Board of Directors.

Board of Directors of Dualsystems Biotech AG 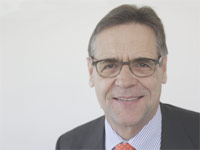 Raymond Bisang is a co-founder of Dualsystems. He is a senior partner of the law firm Suhr Würgler Maag Bisang in Zürich. He graduated from the University of Zürich and was a district judge before becoming an attorney at law in 1987. Besides the occupation within his law firm and Dualsystems, he holds board positions at a number of other companies in the fields of life science and finance. 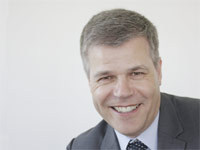 Michael O. Hottiger (Prof. Dr. med. vet. et phil.II) is a co-founder of Dualsystems Biotech AG. He is a full professor of Molecular Biology and chair of the Department of Molecular Mechanisms of Disease at the University of Zurich where he studied Veterinary Medicine and Molecular Biology. He then moved to the Howard Hughes Medical Institute at the University of Michigan (Ann Arbor, USA), before accepting a position as Principal Investigator at the University of Zurich in 1998. In 2001, he received the Doctor Ernst Th. Jucker Award and in 2004 the Phoenix Pharmazie-Wissenschaftspreis. Research in Michael’s group is focused on the molecular mechanisms of NF-kappaB-dependent gene expression during inflammation and inflammation-associated diseases. 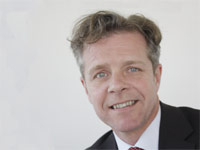 Jan zur Hausen joined the board of directors of Dualsystems in 2010. He is managing director of Bergmann zur Hausen & Cie. GmbH, a corporate finance firm specialising in the healthcare industry. Previously he was senior vice president and Head of Healthcare Investment Banking at Sal. Oppenheim jr. & Cie. KGaA. Before that, he was a partner in the life science team of DVC (Deutsche Venture Capital) and a member of the executive board of Mulligan BioCapital AG, where he was responsible for building and managing a portfolio of European and US life science companies. His curriculum also includes positions at MPM Capital, a US based venture capital firm and at Hoffmann-La Roche in Basel and Nutley, NJ. Jan did his undergraduate work at the University of Hohenheim and received a Ph.D. from the University of Basel.

We identify targets / off-targets of your ligand

If you want to get support for your project

Testimonials from our customers who have used the LRC-TriCEPS technology – in collaboration with Dualsystems Biotech AG.

“We had a challenging project where we aimed to discover the receptor of our ligand of interest in primary human cells. Dualsystems Biotech took the challenge and provided outstanding support throughout the entire process, from the experimental design to data analysis. Using their LRC-TriCEPS technology, we could identify a candidate receptor and additional downstream interacting partners that we have now validated. We look forward to new collaborations and discoveries with Dr Paul Helbling and his team”. – Prof Carola Vinuesa, ANU

We used DualSystems to help identify a potential novel receptor for a ligand that despite being studied for decades had unclear catabolism mechanisms involving its receptor mediated uptake. The DualSystems team will walk you through the process, including early validation of your ligand being used for this technology, data collection and analysis, and provide an easy to follow report on the findings. For anyone interested in receptor-ligand interactions, DualSystems and the TriCEPS approach is worth strongly considering involving in your research program, as it can quickly help identify receptors that would have been very difficult to do so without.

“It was my great pleasure to collaborate with Dualsystems Biotech. We have been tested various proteomic analysis to identify the specific receptor for our secreted ligand. But, only LRC-TriCEPS experiment successfully gave us a right answer, because this receptor and ligand interactions were indeed relatively weaker than other general receptor and ligand interactions. The team very kindly consulted the whole experimental steps from the experimental design to the final data analysis. We are now going to use TriCEPS  again for several other secreted ligands with a great hope for discovery of new receptors. Best Regards, Ho Min Kim”

We were fortunate to partner with Dualsystems Biotech AG to discover cell-surface targets for the short-peptide ligand we had been working on for several years. We decided to try the LRC-TriCEPS approach to identify cell-surface binding partners for the ligand after several earlier aborted attempts using different techniques. Using LRC-TriCEPS we have identified targets that we have now been able to verify functionally and biochemically using other methods. It was a pleasure to work with Dr Paul Helbling and his team who were extremely helpful guiding us through the experimental process and assisting with analysis of the data. We were impressed by the quality of the data and the ease with which we were able to run the study.

"I have used many binding assays and was in the verge of giving up. Then I have contacted Dr. Paul Helbling and his group. The LRC-TriCEPS experiment was effective and let us go over the obstacle we had during the project. We look forward to using TriCEPS in the future".

„Vista is an acidic pH selective ligand for PSGL-1“

I was very pleased with my collaboration with the team at Dualsystems. We had to work with difficult cells and the team helped us develop modifications to the original protocol to be able to use the TriCEPS approach with our cells. The whole team was very responsive, involved, and knowledgeable and this led to a successful identification of a receptor for our ligand of interest. We have since then confirmed the interaction and we are now getting ready to publish this study, which will have implications in the treatment of ocular injuries.

The team from DualSystems Biotech AG has been extremely helpful in delivering scientific advice for CuroNZ’s target identification journey. The quick turnaround time and the precision of NRP2945’s target identification in regard to the utilization of their TRICEPS technology impressed us very much. Meanwhile we could identify another NRP2945 receptor target that was identified by DualSystems as being recruited to the NRP2945-activated membrane receptor complex. An absolute pleasure to work with Paul Helbling’s team.

It was a pleasure working with Paul Helbling and his team. I was impressed by their attention to detail, and optimization of all cell conditions to produce the most reliable possible results. They kept me informed at every stage of the process and shared data as soon as they were able to. Using their LRC-TriCEPS platform, we were able to follow leading candidates as binding partners for our cardiac targeting peptide and identified the most likely binding partner.

I was very pleased with my collaboration with the team at Dualsystems. We had to work with difficult cells and the team helped our lab develop modifications to the original protocol to be able to use the TriCEPS approach with our cells. The whole team was very responsive, involved, and knowledgeable and this led to a successful identification of a receptor for our ligand of interest. We have since then confirmed this interaction and we are now getting ready to publish this study, which will have implications in the treatment of ocular injuries.

The identification of a T cell co-receptor for staphylococcal superantigens had been challenging due to the structural features of the interaction and its kinetics.  However, working with Dualstystems Biotech AG, and with Dr. Paul Helbling in particular, and using the LRC-TriCEPS technology, we were able to identify a candidate that was subsequently corroborated by biochemical and functional assays.   We are very happy with this collaboration , and sincerely recommend it for the identification of novel receptor or co-receptor candidates.

“With the help of the team at Dualsystems we confirmed a potential receptor which has lead to a Nature paper submission and successful funding of a research grant. The LRC-TriCEPS experiment was straightforward and the process was cost effective. We look forward to using TriCEPS in the future.”

We are very pleased with the experience and interaction on very high professional level with Dualsystems Biotech. As a result of such collaboration the new receptor MUC5B was identified in human chondrosarcoma cells for the first time for antiproliferative neuropeptide PRP-1. Read more
I would like to thank once again the company and, particularly, Dr Helbling for his attention and collaboration.

"Dualsystems Biotech’s approach to receptor identification with the TriCEPS reagent gave us a powerful platform with great support for a successful and fast data generation, when conventional approaches had previously failed."

"Every aspect of our experience with Dualsystems Biotech was outstanding.  They provided excellent customer service and technical support throughout the entire process.  Their LRC-TriCEPS technology allowed us to identify several new candidate receptors for our protein of interest in rat primary neurons, and this has created new and exciting avenues for our research."

"We are very pleased with the work product of Dualsystems Biotech. The TriCEPS reagent allowed us to identify a novel ligand-extracellular matrix protein receptor interaction, which was not possible using traditional techniques. The Dualsystems team were very helpful in tailoring the experimental conditions to fit our biological question."

“With the support of Dualsystems Biotech and their LRC-TriCEPS technology we were able to identify receptor candidates for our peptide with renoprotective properties in kidney injury.”

2016-09-26T10:26:51+00:00
“With the support of Dualsystems Biotech and their LRC-TriCEPS technology we were able to identify receptor candidates for our peptide with renoprotective properties in kidney injury.” Dr. rer. nat. Inga Sörensen-Zender Postdoc Medizinische Hochschule Hannover
https://www.dualsystems.com/testimonials/lrc-triceps-service-2/

“For the ligand sample two unique receptors were identified. Flow cytometry analysis with siRNA induced knockdown of these proteins confirmed that the presence of the protein is needed for CTRP3 binding to occur. CONCLUSION The LRC-TriCEPS methodology was successful in identifying the receptor for CTRP3.”

«Leveraging Dualsystems Biotech novel linker technology (LRC-TriCEPS) and its analytical data processing capabilities we were able to identify the heterophilic receptor for a highly-pursued immuno-oncology target.»

"Thanks to LRC-TriCEPS (CaptiRec) technology we were able to identify a long sought receptor of our ligand using genetically-engineered cell lines with the support of Dualsystems".

"We have been trying to identify a receptor that has been sought after for nearly 30 years by laboratories across the globe. Thanks to Dualsystems service CaptiRec (LRC-TriCEPS), we now have a strong candidate receptor."

Over 200 satisfied customers from 28 countries.